The company developed the directed energy weapon, also known as the Laser Advancements for Next-generation Compact Environments or LANCE, under a contract awarded in November 2017.

“It is the smallest, lightest, high energy laser of its power class that Lockheed Martin has built to date,” Tyler Griffin, a company executive, said of LANCE. “It is a critical benchmark in developing an operational laser weapon system in the airborne domain.”

Aside from LANCE, the SHiELD program also has the beam control system and pod subsystem mounted on a tactical fighter plane. Northrop Grumman is responsible for the beam control component and Boeing oversees the development of the pod system.

Griffin said the laser will then be integrated with the thermal system responsible for the heating and cooling of the LANCE subsystem. 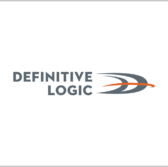 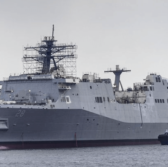