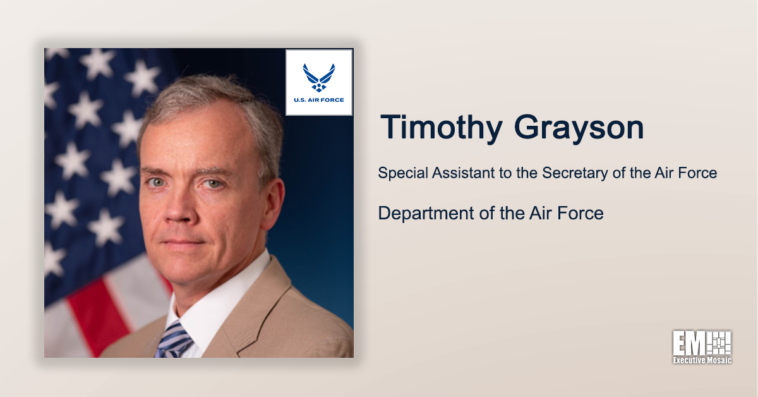 When Timothy Grayson, special assistant to the secretary of the Air Force for mission-centered analysis and operational imperatives, considers how to best master and facilitate “system-of-systems” network technologies, he cautions that there is a ceiling to the intricacies people and organizations can grasp.

“I don’t care if it’s human beings or computers. There’s a limit to how much complexity we can manage… So, we need to figure out a way to isolate and manage the complexity of the decision space while still being able to access as much of the optionality as possible,” Grayson reasoned.

The executive has been with the Department of the Air Force since January but has enjoyed a storied career in mostly public sector roles such as director of the strategic technology office at the Defense Advanced Research Projects Agency and senior intelligence officer at the Central Intelligence Agency.

In a keynote speech at ExecutiveBiz’s Integrated Network System-of-Systems Technology Forum, hosted at Falls Church’s 2941 Restaurant on Aug. 4, Grayson observed that the U.S. military and government organizations have been trying to deploy system-of-system network technologies for “two to three decades,” since at least when Grayson served his first stint at DARPA in the mid-to-late 1990s.

According to Grayson, the strategy was not successfully launched decades ago and in most cases, federal leaders have continued to struggle in identifying an effective methodology.

“We still don’t do it well. And we have very, very, very few operational successes we can point to in terms of actual system-of-systems,” Grayson said candidly.

In his address, Grayson laid out the two extremes in terms of ways organizations have gone about implementing system-of-system networks — chains of related technology components all united through a directional operation. On one end of the spectrum is the large system integrator, which is where the government might put out a request for proposal for the purchase of a large and elaborate system-of-systems that is a quantifiable whole and monolithic.

Grayson says this method has been tried and failed and is “anti-mosaic.” Once, he said, the Army came in and wrote a spec for the entire Army architecture and two major government contracting companies were brought in to attempt to complete their vision, without a successful outcome.

On the other end of the spectrum, there is the government as integrator approach, where government is the buyer. In this plan, which “relies heavily upon standards and architecture,” agencies round up and purchase all of the necessary equipment and components to form a system-of-systems and eventually contract industry to administer the processes. This is the current method that is most widespread and is costly and cumbersome, Grayson expressed.

The executive touched briefly on Secretary Frank Kendall’s Operational Imperatives for the Air Force, goals targeted for achievement by fiscal year 2024 which Grayson was brought on to help realize.

“The system-of-systems theme permeates through the OIs,” Grayson explained, while clarifying that the OIs are not science and technology-driven, but rather “a study and strategy development mechanism to create new programs…to go modernize the Air Force and really develop a new force.”

System-of-systems can be found in the OI tenet about defining resilient space order of battle and architectures, but they are especially relevant to the OI centered on creating an advanced battle management system.

The SecAF’s special assistant concluded his keynote by proposing two approaches to system-of-system completion that exist in the medium realm between large system integrators and government buyers as integrators. The first would be government builders as integrators, in which a trained program office would prototype a platform, purchase the requisite hardware and utilize in-house contractors.

The second would be a “lite system integrator,” where an industry partner or engineering services contractor could construct an architecture, synthesize the disparate elements and scale it, potentially producing a commercial-grade model while blending internal and external knowledge and tools. 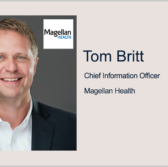 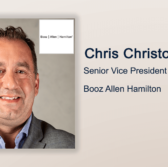